There are… a lot of reasons.

I should state up front that primary among them is that I am lazy and unmotivated. Doing anything consistently is hard. Doing things that require effort and might actually be good for you is even harder. I am not good at doing those things.

I should also clarify that I’m referring to my most recent instance of jumping ship. Yes, there have been others. Many, many others. I’ve relaunched this thing time and again, only to lose interest or have life throw me out of my groove or whatever other excuse I want to make up to feel justified.

The fact remains that I have paid $10 a month for this .com website since 2011 and have made little to nothing of it.

So given the obvious appeal of starting again with a post about quitting (haha?), I decided to explore what happened that made me quit the last time around and how things are different now, which leads to my overall purpose in writing again and may also include some insights on what it means to be a perfectionist and choosing between a career and what you’re passionate about.

But first, to rewind a little:

When I was seventeen, I decided to go to school to become a writer. Now, a few things happen when you do this. For one, you suddenly find yourself surrounded by well-meaning adults who worry that you will never gain enough market utility to escape the sales world or fast food industry—and worse, that they will be responsible.

Second, you are instructed almost immediately on how to monetize your written work. How to market yourself and build a web presence. You need an audience, the more niche the better. Get good at social. You will now refer to yourself only as a content specialist.1 Writing just to write is officially off-limits.

That last part is an exaggeration, of course. Nobody told me I couldn’t write for fun. And yes, you need to market yourself and share your work and build an audience if you’re ever going to write in any professional capacity. I don’t mean to blame or criticize anyone who taught me these things. If there is any confusion on this matter, please circle back to §1.2 of this post. (Read: I am lazy and my failures are my own fault.)

But for an eager, young academic like myself, the message was clear: I had chosen a field of study that may, in the end, lead nowhere and amount to nothing. UNLESS. Unless one could be strategic and work hard and forge a career path where no straightforward model existed. And that meant putting aside any form of writing that did not strictly fit this M.O. At least, that’s the way I took it, despite repeatedly receiving the exact opposite advice from professors and mentors alike.

I’m sure many who study English in college experience a similar phenomenon, where one’s writing and one’s career are conflated to such a degree that it becomes hard to separate the two. That’s normal—unremarkable even. How odd that the thing I studied in order to turn into a career, I now think of largely in a professional context. Huh!

This in and of itself is not a bad thing. But taken too far, it can lead to a sort of perfectionism: I’ve got to get it right. If I mess up or come at it the wrong way, I’m going to wind up on the street. A mindset that, unsurprisingly, can be paralyzing—never minding that not doing it at all might produce the same result. Yet that’s exactly how I began to think about my writing.

When I originally started this blog, the goal was to have a public portfolio of work and an established niche that might serve as a launching pad for other opportunities. I decided to focus on culture—writing reviews and hot takes on whatever was being talked about at the time. That was something I was interested in and felt fairly knowledgeable about, so it seemed like a good fit, and I had a clear professional goal in mind.

At the same time, there wasn’t really anything to differentiate me from any other culture sites out there. My audience was fairly broad and included anyone who liked books, movies, music, or TV. At best, it felt like I was merely contributing to the noise of a hundred million other websites that already existed. Most of them were doing it better anyway. In other words, it wasn’t perfect. The fear that I wasn’t doing enough or that all of this was a waste quickly seeped in from there.

If I wasn’t doing anything unique to tap into a specific audience, could there really be any professional gain from writing? And if I wasn’t gaining anything professionally, could I really justify the time and energy? At that point, why not just give up altogether? Surely there was something else I could be doing that would benefit me professionally. While my peers were working on actual side hustles, I was essentially writing in my diary.

Never mind all the arguments about how I was honing my craft or building a backlog of work I could show to others. In my thinking, someone either does their job and does it well, or they get fired. While this may be true in some areas of life, applied to others it is the textbook definition of perfectionism. So rather than simply work harder and stick with it long enough for something to take shape, I went in the opposite direction. Maybe I just didn’t have what it takes, I thought. I gave up.

This is the part where you can once again refer to my general inclination towards laziness and overall lack of ambition. That’s one of the interesting things about perfectionism—it goes hand in hand with laziness. In many ways, they are literally synonymous. Perfectionism gives you the easiest of outs: if it’s not perfect, welp, might as well give up! And since nothing is perfect, such an attitude provides an omnipresent escape hatch with a hair trigger and your favorite Netflix show on the other side.

It was only once my career became completely uncoupled from my written work that this perfectionism began to lose its grip.

Things didn’t go quite as I’d imagined after college. I didn’t end up writing for a living. In fact, my career had taken me in a different direction altogether. But as I became more established in my work, I no longer felt pressured to have anything going on the side. I began to move away from my view of writing as a professional endeavor—and therefore as something that had to be perfect. Instead, writing could be something that just existed, detached from any expectations of professional achievement.

It was also during this period that I began to develop a better understanding of my relationship to work. I realized I’m a big fan of what Emilie Wapnick calls “The Einstein Approach.” In her book How to Be Everything, she writes:

“For almost a decade in the early 1900s, Albert Einstein worked as a patent officer for the Swiss government. Despite his day job, he managed to produce some of his most notable work during this period, including his special theory of relativity. How did Einstein find the time to have a full-time job and develop his theories? . . . The Einstein Approach is having one full-time job or business that fully supports you, while leaving you with enough time and energy to pursue your other passions on the side. In other words, the Einstein work model lets you be everything without having to monetize everything.”

It had never occurred to me that something like this could even be a possibility. And while I occasionally felt guilty that I wasn’t doing something more closely tied to my passion, it was great to not have so much pressure on the thing I really was passionate about.

Which leads me to here, writing now. I am writing because I have a desire to write. Not because I hope to make a living from it or because I think it’s what I’m supposed to do. There are simply things that I need to get off my chest, and this seems like as good an outlet as any. Rather than putting myself in a box, I’ve embraced an anti-niche spirit—just writing about what interests me at any given moment. This isn’t about building a brand, but about organizing my very unorganized mind into something I can understand.

Because I need to write.

You’ve heard of people who need to talk something out in order to fully comprehend their feelings and experiences. Often, I find I need to write it out before I can even begin to talk intelligently about something. The reason is that I tend to be a very abstract, nonlinear thinker. When I sit down to write, it doesn’t generally come out in neat, fully-formed ideas. I have half a sentence here, a phrase there, maybe just a word that hints at how I’m hoping to express myself.

It’s in the tying of all this together that I’m able to make sense of things. Having the ability to see my thoughts diagrammed out in complete words and sentences goes a long way in helping me understand of whatever the hell is going on in my head. So then, writing is not just something I enjoy or aspire to be good at. It goes a long way in benefitting me personally as well.

And being free to do that without expectations has been liberating beyond words. I have no illusions that this is going to be the time I get things right. Because that’s not what it’s about—it’s about enjoying myself along the way. It’s about getting ideas on the page so they don’t rattle around in my brain all day. But more than anything, it’s about practicing imperfection, about letting myself create for its own sake and nothing else. 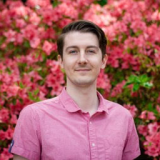 Josh is the voice and creator of GOFISHFISHER. You can reach him at gofishfisher@gmail.com and follow him on Twitter @gofishfisher. GOFISHFISHER is about moving from passive consumption to active engagement with art and culture. You can find out more by visiting the About page.